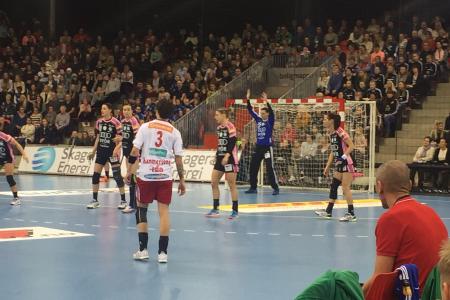 ETO traveled to Norway to play the last match of the semi-final with Larvik HK. The match didn’t affect the advancement to the next round, however, it was important for both teams to win. ETO made many mistakes and their play was unbalanced, but they could win finally. Result: 25-26. 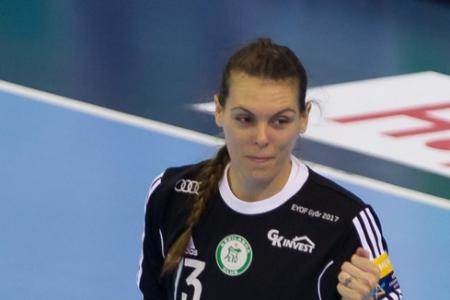 In the last round of the Champions League, ETO had a return match against Rostov. After a difficult start, ETO had got energized by the end of the game. In the second half, ETO was playing an energetic game and advanced to the master rounds. 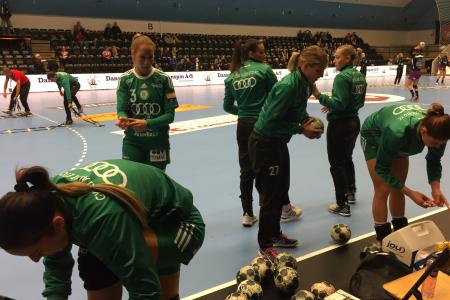 ETO traveled to Ikast, Denmark to play the return match against Midtjylland in the 5th round of the group matches in the Champions League. The home team took the lead with their first attack and they didn’t lose hold of it. ETO got defeated for the first time in this season, however, the victory was not significant in terms of advancing to the next round since they are still on top of the scoring table.

ETO Goes to Denmark to Win

ETO is going to be hosted by FC Midtjylland in Denmark in the 5th round of the Champions League. The team is already in the Quarter Finals but we don’t know how many points they can take which is really important. That’s why every match is important. 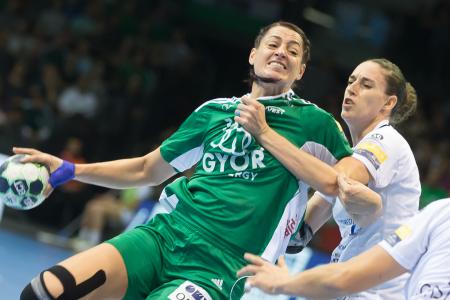 Another Victory against Bucharest

In the 4th Round of the Group Matches of the Champions League, ETO hosted Bucharest at home. The team was not in an easy situation because they had to play against a really strong opponent without one of the top players, Heidi Löke, who is soon going to be a mother. The match was tight in the first part, the opponent could finish the first half with a two-goal advantage. In the second half ETO did their best and won 33-25 with a good goalkeeper and court player performance.

ETO has made no mistakes and is standing on top of the list of Group C in the Champions League. Moreover, the team is through the seemingly harder art of the competition, since they could win against Rostov as well as Bucharest away and they had a great victory against Midtjylland too. We asked Ambros Martin, head coach, before the return match against Bucharest.

The next step of the CL is to host Bucharest at home. At the end of a really tough match, ETO won over the Romanian team. The return match comes one week later. We talked with Bódi Bernadett. 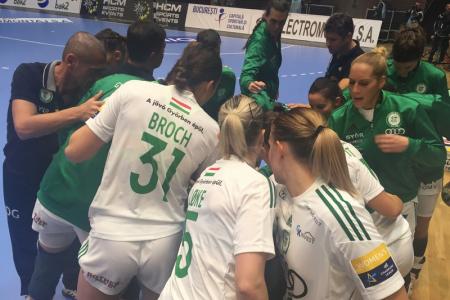 ETO encountered Bucharest in the 3rd round of the Champions League. After a weaker first half, ETO won with a great play and Kiss Évi’s goalkeeper performance in the home of the last year’s winner.

ETO visits Bucharest in the 3rd round of the Group Rounds of the Champions League. The team would like to continue to be among the top teams and win in the home of last year’s winner. Jana Kendlikova is not going with the team to Romania due to muscle injury. 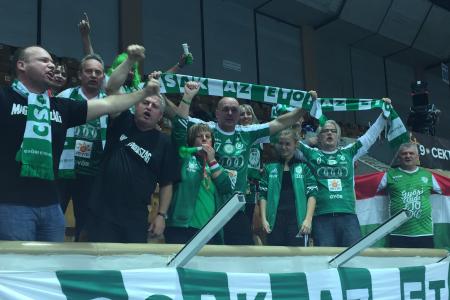 ETO stepped on court against Rostov in Russia in the 2nd round of the Champions League. ETO managed to win by one goal after finishing the first half by a 2 goal drawback.