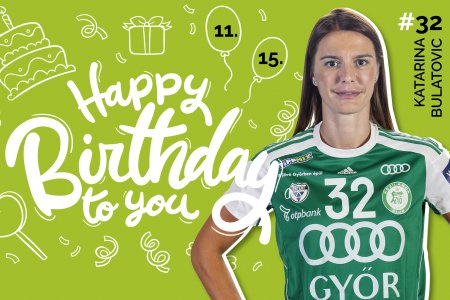 Our right back player, Katarina Bulatovic celebrates her birthday on 15th November - we wish her happy birthday and further sport successes! 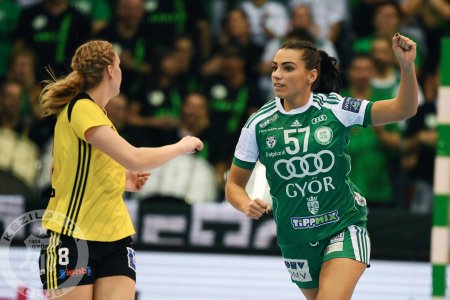 We are approaching the LAST HOME CHAMPIONSHIP GAME of 2019 as Gábor Danyi's team is preparing for a real derby against DVSC-SCHAEFFLER. The 10th round of K&H Women's Handball League will begin at 6pm on Tuesday, 12th of November 2019.
It is worth getting your tickets as soon as possible for the clash - which you can do both in person and online, you can find more information on the TICKETS page of our website.
Come with us! 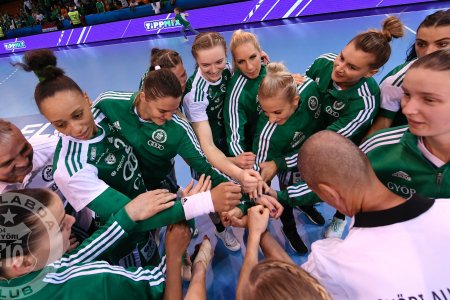 We brought two points with us from Sweden

Our team started the 5th round of the DELO WOMEN'S EHF Champions League as a guest of the Swedish IK Sävehof. In the first half our goal-scoring machine started a bit slow, but in the end we got a seven-goal advantage. In the second leg our green and white team has further increased their lead and earnt their fifth victory in the Champions League group phase.
Final score: 27-36 (12-19) 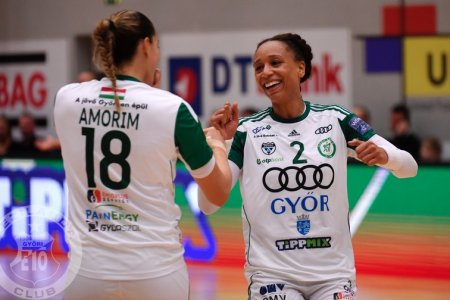 "We were concentrating and we were able to stay disciplined" - summary

Our team has played the upcoming Hungarian League away game at the home of Motherson-Mosonmagyaróvár. In the first half we managed to gain a significant advantage, which we continued to increase until the end of the match - there was no problem with focusing on the side of Győr girls, and they were in control of the game.
Final result: 21-35 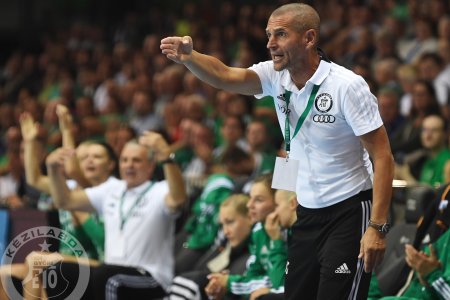 We will travel to Mosonmagyaróvár on Wednesday

In the next round of K&H Hungarian League Gábor Danyi's team doesn't need to travel far from home, because they will face Motherson-Mosonmagyaróvár on the upcoming away game. The match will take place in UFM Aréna Mosonmagyaróvár, starting from 6.30 pm on 6th (Wednesday) of November 2019. Follow the online lives stream HERE! 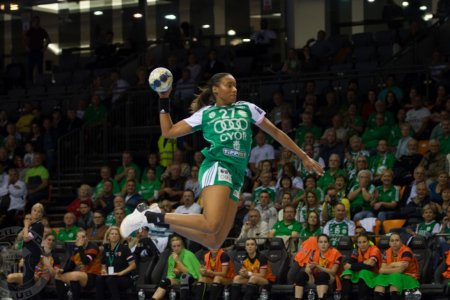 Let’s start the second part of the CL-group matches

November will be the last busy month this year regarding the club competitions, on the first weekend of it Gábor Danyi’s players will have to step on court on five games during three weeks before the upcoming IHF World Championship in December. In the fourth round of the CL group matches we will meet the slovenian RK Krim Mercator Ljubljana at 5 pm on Saturday, 2nd of November 2019.
Stay tuned and let’s fill the arena!
Follow the happenings of the game live on Sport1 or online via www.ehftv.com ! 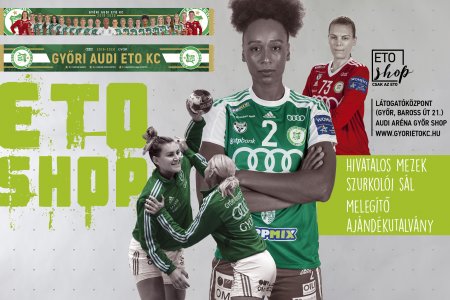 The product range of ETO Shop has just expanded - our fans can choose from the new products (match jerseys, scarves and tracksuits) or surprise their family members, friends and relatives with a gift voucher. You can check and buy these products in the Shop (Látogatóközpont - Address: 9021 Győr, Baross u. 21.) in the city center of Győr or before matches after gate opening in the Shop of Audi Aréna Győr. 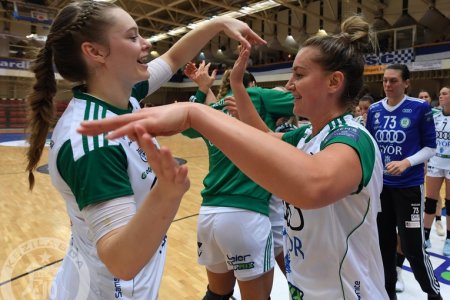 "We dominated the game" - summary

In the upcoming round of the Hungarian Championship we played against Dunaújváros who are currently being placed in the middle of the championship. From the start to the end of game the we had no doubt that we came to increase further our championship points - finally with a great game and a confident win.
Final result: 21-34 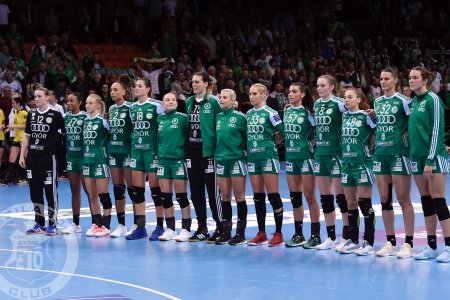 In the 3rd round of the Champions League group matches we played in Slovenia against RK Krim Mercator Ljubljana. The first half brought a lower-intensity game, but thanks to Kiss's excellent performance and Amorim's good position game, we managed to get a four-goal lead before the break. However, in the second part of the game we fired the rockets and took control into our hands, which was rewarded with two points. It is a great pleasure that Amanda Kurtovic, after a long period of rehabilitation after her knee injury, also scored her first goal in green and white.
Final result: 21-33 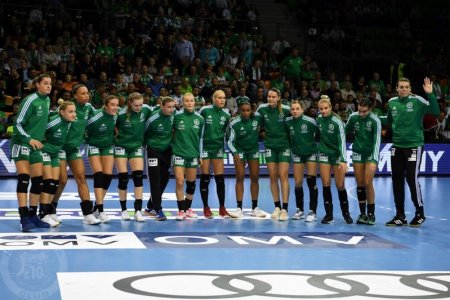 The upcoming game in the Hungarian League took place on the 16th of October in the evening at Audi Aréna Győr - Gábor Danyi's team welcomed Érd. The guests started off with great enthusiasm, but the girls in green-and-white jerseys dictated a great pace, giving extra power in defense and offense, and had a six-goal advantage at the half and ended by 11.